Witchcraft is not a religion. Pagan religions do not necessarily involve witchcraft.

The two can be blended, and with most Pagan religions, or paths, witchcraft is involved. When dealing just with witchcraft, you are “crafting” with intent, no specific deity or way to do it in mind.

Witchcraft
1. the art or practices of a witch; sorcery; magic
2. magical influence; witchery 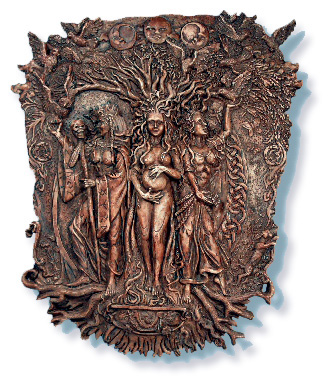 Religion
1. a set of beliefs concerning the cause, nature, and purpose of the universe, esp. when considered as the creation of a superhuman agency or agencies, usually involving devotional and ritual observances, and often containing a moral code governing the conduct of human affairs.
2. a specific fundamental set of beliefs and practices generally agreed upon by a number of persons or sects: the Christian religion; the Buddhist religion.
3. the body of persons adhering to a particular set of beliefs and practices: a world council of religions.
4. the life or state of a monk, nun, etc.: to enter religion.
5. the practice of religious beliefs; ritual observance of faith.
6. something one believes in and follows devotedly; a point or matter of ethics or conscience: to make a religion of fighting prejudice. 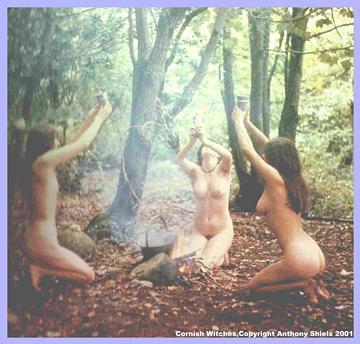 Witchcraft is something that can be integrated, and blended into either the religion of one’s practice, or integrated into one’s life who follows no specific religion. However, a belief in the energies that manifest your wishes is necessary.
Witchcraft is still receiving a lot of raised eyebrows, as that word has been synonymously associated to evil, and the devil, thanks to Christianity, and the misinterpretation of the original gospels.
Witchcraft (spells/rituals/chanting/creating crafts or charms, etc) is just another way to focus our intent to send out into the universe to bring about the things we want. We can send out prayers or wishes, and hope that the universe will attract what we want, or repel what we don’t.
The Craft for me is a tool to focus my intent. I do work with the Gods, so yes, they are usually involved. Sometimes woodland creatures have been involved, depends on what my need is.

Religion has always been an important part of human development. We have always had the need to believe that there is something bigger than us, that the chaos that life entails all means something. We pray to gods, dance and sing and sacrifice for them so that they may lay their blessings upon us. We devote time and thought and energy on them and for them.
Pagan religions can just be very simple, and involve no “witchcraft”. One can simply offer things up to their chosen deities, and be mindful everyday to live with thanks for what they have been given.

This site uses Akismet to reduce spam. Learn how your comment data is processed.